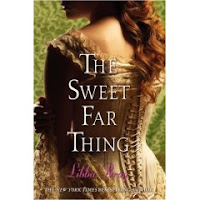 The Sweet Far Thing
Libba Bray
4 Stars
This is the third and final book in the A Great and Terrible Beauty series. I have really enjoyed this magical series. Gemma, the main character, is preparing to finish her years at Spence and have her debut. She also faces many decisions about the magic that she holds and the relms. She isn't sure who to trust, there is suspense throughout the whole novel.
While I did enjoy this book, I think that the second book in the series, Rebel Angels was my favorite. Without writing a spoiler, this book had a twist at the end with two of the character that I did not see coming, maybe it was just me because everyone else I know that has read it saw it coming. I was sad but happy with the ending. I couldn't have seen it really end in any other way. I think Libba Bray is a pretty talented writer and I did overall think that the series was a good pick!
Posted by Debbi at 10:54 AM 1 comment:

A year in review:

I try to keep a running list of books that I've read in the year on my sidebar. I know I didn't start this blog until the fall so this list is only what I could remember reading. I also don't usually keep every book on this list. I don't post about short non-fiction books I pick up at the library and skim through. I also don't count magazines.

My goal for 2008 is to read more books on my growing wish list and to keep better track of the book that I read. I hope to average 4 or 5 books a month.
What do you average? Do you keep track? How do you keep track?
Posted by Debbi at 10:48 AM No comments: 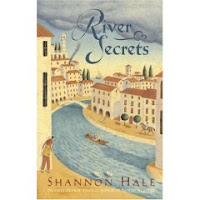 Of course I had to enjoy this book, it's by Shannon Hale. It wasn't my favorite of the 3 though. This story focuses more on Razzo and while I like his character I am much more fond of the girl hero stories. I don't think I'm a feminist, but I believe Hale writes them for a pre-teen/teen female audience and I think it's great that she gives them such great female role models and hero's to look up to.

River Secrets also had much more a mystery feel to it and was fun to think about play the who-done-it game. I liked it and totally recommend it to anyone for a fun, easy read!
Posted by Debbi at 10:40 AM No comments: