Happy Friday Everyone (all 5 of you who read my blog haha!)  The sun is shining and after a trip to the library and playing at the park I had my very serious helper sit down to help me with the drawing.  Really, I wish I could just send all of you a copy, wouldn't that be fun? 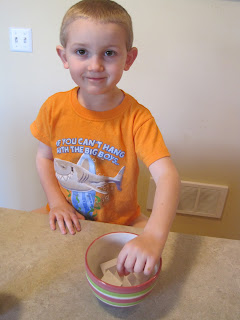 And the winner of the autographed copy of Heart of Lies goes too.... 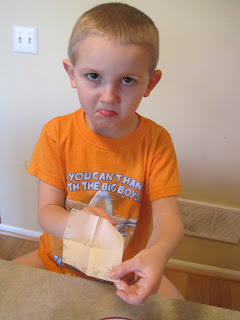 Kim!  Don't ask about the face, or be offended.  I think he thought his own name was going to be on every paper.


And the copy of Heart of Stone... 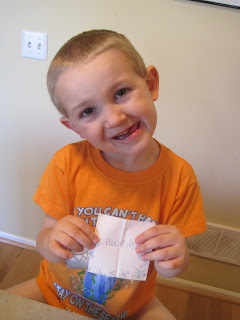 How exciting.  I will need you guys to email me your address, just in case I don't have it.  I hope you both enjoy, they are fun books!

~~
I have three "Jane Austen Fiction" books that are being released next month that I am going to post about next week.  Hopefully I will have some more giveaways too...so check back!
Posted by Debbi at 1:03 PM 1 comment:

One of my goals for this year was to give my neglected book blog some much overdue attention. Last year was pretty rough for this little blog.  I know this year will end up better.  I've been getting some great books from different publishers for review and I am so excited about the books, and love some of the authors!

To finally get things started on what I hope will become a more regular (weekly or bi-weekly) posting, I have an AUTOGRAPHED! copy of Heart of Lies to give away to a lucky reader! 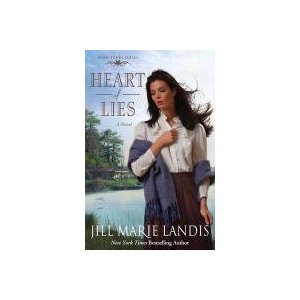 I thought this book was great! If you love historical romance or historical fiction you will enjoy this book and this series, especially if you are familiar with Anita Stansfield's writing, I think you will like this author!  You can read my review here. 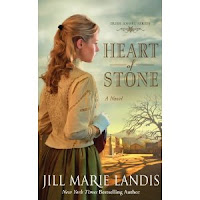 And - just for fun, I'll give away another lucky reader a copy of the first book in the series, Heart of Stone.

All you have to do is this:  Leave me a comment on this blog with your favorite historical fiction time period.  I bounce back and forth between times, but I think if I had to pick one it would be Regency (Jane Austen)...does that surprise anyone?

Good luck!  It should be a fun week, the winners will be chosen Friday at noon!
Posted by Debbi at 8:04 AM 6 comments: 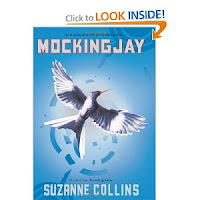 Mockingjay
Suzanne Collins
3 Stars
390 Pages
Just like everyone else, I was super excited to read this book.  As it so happens I was pregnant and due about the same time that this book was to released.  I told my husband that if I did in fact go into labor on the day it was released that he was supposed to go buy me the book, ASAP after having the baby.  Well, we did have the baby, and he did try to find me the book, but instead of bringing our family a hot dinner one night, a very good friend brought me a new copy of the book instead.  Can I say awesome?!  (My friend for brining me a book instead of dinner, not the book, by the way!)
So – there was so much hype surrounding this book –and with good reason too, I loved the first two books in the series.  They were great, so I was really looking forward to how Collins was going to sum this all up.  However, I am sad to say that I was a little disappointed with the ending.
The story involves Katniss Everdeen, along with her family those of District 12 find themselves in battle with President Snow and the capital for an all-out war.  There is plenty of action in this book, but somehow there is also a lot of nothing going on as well.  Katniss is not the same Katniss from the first book.  Her attitude really bothers me and I wish she would just be normal again.  I suppose I wouldn’t be normal either if this had been my life?
I think the thing that bugged me the most about this book was the ending.  I had to read it and re-read it a few times.  Really – she just caught fire, blacked out and woke up and it was done?  I feel totally robbed by this ending!  I know that Collins is trying to make a point here and make a statement – but this is a young adult book and I think that it crossed the line a few times.  I was really sad that Finnick, after finally finding happiness, was killed at the end.  I was also very disappointed that Katniss never really choice between Peeta and Gale.
Not really sure what else to say about the book.  I enjoyed The Hunger Games.  I recommend that.  I think Catching Fire was so-so, I recommend it, but not whole heartedly, but I don’t recommend Mockingjay, and that makes me sad.
Posted by Debbi at 4:31 PM 1 comment: 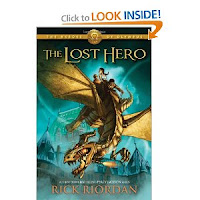 The Lost Hero
Rick Riordan
5 Stars
553 pages
I was very excited to read this book – a book with the old kids from , but also a new set of kids for new adventures? Yes, please!
Jason, the hero in this series, wakes up to find out that he has no idea who he is, where he is at, or how he got there!  The story unfolds from there as Jason and his girl friend, Piper and his best friend Leo join forces in a way they never imagined to fight forces they never thought could be real.
Like, I said before, I was super excited to read a book that revisits .  I thoroughly enjoyed the Percy Jackson series.  I found Jason an easy character to love, just like Percy.  I love Leo and his quirts and find Piper very likable.  While the book is lengthy, it doesn’t seem like it and I read it in a very short amount of time.  The action and adventure level seemed just right - as did the down time too.
I think this young-adult novel is perfect for any teenager, or even adult who enjoys magic/mystical creature books.
I am looking forward to the rest of the series and learning more about these “Roman” Gods and after the ending in this book I am waiting on the edge of my chair for book two!
Posted by Debbi at 4:29 PM No comments: 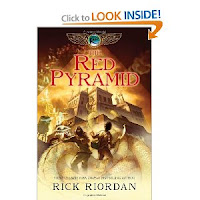 The Red Pyramid
Rick Riordan
4 Stars
516 pages
The Red Pyramid is the first book in Riordan’s new Kane series. After finishing the Percy Jackson books I was really excited to find out that he has this new series as well.  The book centers around the two Kane teenage siblings; Cater, who grew up traveling with his father, and Sadie who grew up in with her grandparents.  Pushed together by a series of tragic events, Sadie and Carter find themselves in a world-wind adventure.
The book is very fast paced, I felt like I couldn’t catch my own breath before something else was happening or someone else was trying to deceive the Kane siblings.  I wish that we could have had at least one chapter or two of “background” before they all took off on the adventure.  There is a lot of action, which is great, but in this case it almost made me feel rushed.  I would have liked it if the kids could have had a few more breaks so we could all catch our breath.
Unlike Percy Jackson, The Red Pyramid follows the Egyptian Gods.  I think if you enjoy Percy Jackson, Harry Potter, Fable Haven – or any young adult mystical/magic reading then you will overall enjoy this series.  I don’t believe it will be my favorite out of this category, but certainly not my least.  I am looking forward to where book two takes us!
Posted by Debbi at 4:28 PM No comments: